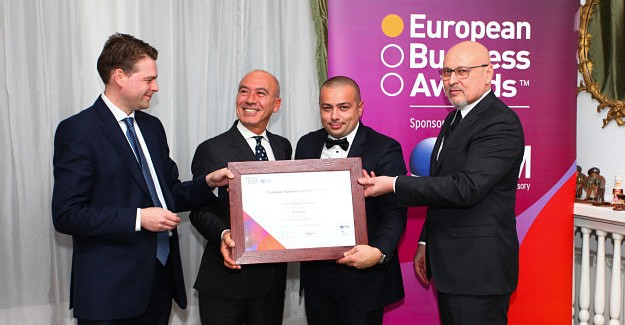 The cocktail was held at the British Ambassador’s Residence and was attended by numerous VIPs, all National Champions, sponsors and media.

The jury of the European Business Awards consists of 162 members from various countries and industries. For the first stage of this year’s competition there were analyzed roughly 24.000 companies before choosing the National Champions for each country.

We are proud for our results, for which we thank our team, and we congratulate the organizers for this delightful event!